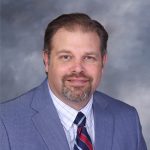 Jeff Green’s interest in estate planning began in law school, and continued throughout his military career as a United States Air Force attorney and instructor at the Air Force Judge Advocate General’s School.  He was born and raised in Oklahoma, and returned to Oklahoma following retirement from the Air Force to raise his family with his wife, Summer.

In 1998, Jeff was commissioned as an officer in the United States Air Force and began his career as a Logistics Officer.  In 2001, he was competitively selected to attend law school and serve as an Air Force attorney in the Air Force Judge Advocate General’s Corps.  Over his 20 year military career, Jeff served in a variety of positions, including prosecutor and defense counsel, instructor at the Air Force Judge Advocate General’s School, deployed legal advisor, and as the senior attorney leading Air Force legal offices at Columbus Air Force Base, Mississippi, and Hurlburt Air Force Base, Florida.  During his career, he handled many estate planning matters for Airmen and their families, which fueled his desire to continue practicing in estate planning.

He is licensed to practice law in Oklahoma, and before the Air Force Court of Criminal Appeals and the Court of Appeals for the Armed Forces.

Jeff attended the United States Air Force Academy, where he earned a Bachelor of Science in English in 1998.  In 2004, he earned a Juris Doctorate from the University of Oklahoma, where he was a member of the Oklahoma Law Review and Philip C. Jessup International Law Moot Court Team, and received the Philip Allen Porta Legal Ethics Memorial Award for his efforts in Professional Responsibility.  Jeff also earned a Masters Operational Art and Science from Air Command and Staff College, Air University, during his Air Force career.

Jeff was born and raised in Owasso, Oklahoma.  He and his wife, Summer, are raising two children in Edmond, Oklahoma.