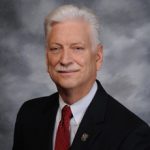 Jerry Shiles became interested in estate planning and elder law/special needs planning as a member of the Judge Advocate Generals Corps and then while assisting a special needs relative. He has taught at several universities, hosted a radio and television show for 15 years, and authored a weekly legal column for over 25 years.

Mr. Shiles’ practice is devoted to estate planning, elder law planning (including Medicaid and VA), probate, trust and will administration, business transactions (including limited liability companies and family limited partnerships), and special needs planning. He has lectured at seminars and clinics in Europe, Japan and the U.S. and regularly conducts seminars for attorneys, CPAs, financial planners, nursing home administrators, and other professionals.

Mr. Shiles is a frequent guest on radio and television programs, has published numerous articles on estate planning, elder law, and related topics, and is co-author of the book Estate Planning Basics: A Crash Course in Safeguarding Your Legacy and the Oklahoma Bar Association’s Family Law Section Practice Manual.

Mr. Shiles is a Member of the National Academy of Elder Law Attorneys, the Oklahoma City Tax Lawyers Group, the Planned Giving Counsel of Oklahoma, the Oklahoma City Estate Planning Council, and the Trusts & Estates Sections of the American, Oklahoma, and Nevada Bar Associations.  He has been recognized as an AVVO Top Attorney-Elder Law, a Certified Veterans Affairs Attorney, a Five Star Wealth Manager, and an Oklahoma Top Rated Attorney. He is currently a Fellow of the American Academy of Estate Planning Attorneys.

Mr. Shiles has received numerous awards, including the American Bar Association’s Distinguished Service Award and the Legion of Merit and Defense Meritorious Civilian Service Award from the Department of Defense. He is listed in Who’s Who in the Leadership of the United States, Who’s Who of American Lawyers, Madison Who’s Who of Executives and Professionals, and in the Martindale-Hubbell Registry of Preeminent Lawyers in the United States.

Mr. Shiles is a retired colonel and active in his community. He has served on the Vance Development Authority; the Chamber of Commerce; on the board of the Reserve Officers Association as National Judge Advocate, State President, and National Councilman; with The American Legion as State Judge Advocate; and on the board of directors of the Oklahoma Military Heritage Foundation as an Ambassador, Chairman of Operations, Chairman of Donor Initiatives, Vice President and President.

He is licensed to practice law in Oklahoma, Nevada, and the District of Columbia, as well as before numerous courts, including the U.S. Supreme Court, the U.S. Court of Appeals for the 9th, 10th and Federal Circuits, the Federal District Courts of Nevada, Oklahoma and Washington, D.C., and the U.S. Tax Court.

Mr. Shiles and his wife, Donna, live outside Shawnee, Oklahoma with an assortment of dogs, cats, horses and goats. They have two children, Phil and Lauren, both of whom are married and live in Kansas, and four grandchildren, McCartney, Emmalee, Julian and Savannah.