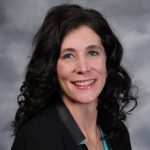 With an extensive academic background in estate planning and taxation, Ms. Brock brings impressive credentials to her position of attorney for the firm. For almost twenty years, she has concentrated her practice in the areas of estate planning, asset protection, retirement planning, and oil and gas.

Ms. Brock earned a Bachelor of Arts Degree at the University of Oklahoma, where she was named to the President’s Honor Roll, participated in the National Leadership Symposium, and was a member of Chi Omega Sorority.  She earned a Juris Doctor from Oklahoma City University School of Law where she was named to the Faculty Honor Roll and received the American Jurisprudence Award in Legal Research and Writing.  Ms. Brock also served on the Moot Court Board and was a member of Phi Delta Phi Honorary Legal Fraternity.  Additionally, she earned a Master of Laws in Taxation and a Certificate in Employee Benefits Law from Georgetown University.

Tracy was born and raised in Oklahoma City.  She and her husband, Todd, have one daughter.  They reside in Edmond and are members of Crossings Community Church, where they are involved in both national and international missions work.  They are active in various community organizations, in addition to their daughter’s sports and school activities.