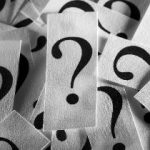 Runoff Elections in Georgia resulted in a Senate controlled by Democrats. Could this impact your Estate Planning? It’s possible. by Steve Hartnett The estate tax exclusion is the amount you can give without facing an estate tax. Under current law, you may give this amount during life or at your death and after that amount is used, you face a federal tax of 40% on assets beyond that amount. The amount has fluctuated a great deal over the years. It was $675,000 as recently as 2001. … END_OF_DOCUMENT_TOKEN_TO_BE_REPLACED

In a Private Letter Ruling (PLR ) on June 20, 2014, the IRS ruled that a surviving spouse who received proceeds from her deceased husband’s IRA through a trust could not roll over the IRA funds because more than 60 days had passed since their receipt.  The PLR tells us what not to do when a trust is the beneficiary of an IRA. “Ben’s” IRA named a trust as beneficiary of his IRA. The trustees were his two children. Ben’s wife “Ann” was to receive 25% of the IRA. After Ben died, the … END_OF_DOCUMENT_TOKEN_TO_BE_REPLACED