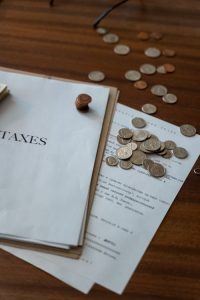 It seems as though you have to report income that you receive from any source.  This means that a lot of people assume they are going to get stuck with a tax bill when they inherit money. Of course most of us have heard of estate and inheritance taxes, so it sounds like taxation is going to hit you hard.

Is this really true? There is rarely any good news to pass along about state and federal taxes, but this is an exception.

There is some logic behind the way the IRS and state tax authorities approach their responsibilities. They do not want any income to pass to somebody without getting their share. However, once taxes have been paid, they don’t tax the same income twice.

Let’s say you save a certain percentage of your pay every two weeks and put it in a bank account. This is money that you set aside after you paid your taxes. If you turn around and give that account to your daughter as part of your estate, she would not have to pay taxes on it because the money has already been taxed.

Now, let’s change the example and assume you are giving your daughter her inheritance through a trust. Distribution from money earned by the principal would be taxed. This is because nobody ever paid taxes on that investment income.

If the trustee distributes some of the principal to your daughter, the transfers would not be taxed. This is because the principal was transferred into the trust after taxes were paid on the income.

This also applies to someone that inherits an individual retirement account. If you have a traditional IRA, you are funding it with pretax earnings. When it is inherited by the beneficiary, the distributions would be taxed because the assets in the IRA were never taxed.

Your contributions to a Roth IRA are made after you pay taxes on the income. As a result, you would not be taxed if you take distributions. This would also apply to a beneficiary.

The whole explanation about income being taxed twice goes out the window when it comes to other forms of property. There is a federal estate tax, that applies to the extremely wealthy.

We have an exclusion, which is an amount that can be transferred tax-free. The part of an estate that is over this limit would be taxed. In 2022, the exclusion is $12.06 million, so very few people have to pay this tax.

There are 12 states with state-level estate taxes. Oklahoma is not one of them. If you own property in a state with an estate tax, it will apply to your estate. There are exclusions at the state level as well, but they can be much lower than the federal exclusion.

You should look into it if you own valuable property in one of these 12 states:

There is also a separate estate tax in the District of Columbia.

An inheritance tax is not the same as an estate tax which can be imposed on transfers to multiple different inheritors when an estate is being divided up. There is no federal inheritance tax, and New Jersey, Maryland, Iowa, Nebraska, Pennsylvania, and Kentucky are the only states with state level inheritance taxes.

Today is the day for action if you are going through life without a plan that provides for your loved ones in the best possible way. You can schedule a consultation at our Oklahoma City estate planning office if you call us at 405-843-6100.

If you would rather send us a message, fill out our contact form and we will get back in touch with you promptly.