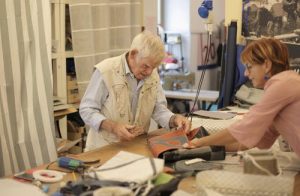 Before we provide some information about long-term care insurance, we should explain why the matter should be on your radar.

The United States Department of Health and Human Services maintains the LongTermCare.gov website, and you should check it out if you are looking ahead toward your senior years. They share many relevant statistics on the site, and one of them is particularly attention-getting.

Seven out of every 10 people that are turning 65 on any given day will need living assistance eventually. Clearly, some of these folks will be able to get the help that they need from family members and friends in their own homes for awhile.

However, a large percentage of these seniors will eventually reside in nursing homes. When you consider that your life expectancy is at least 85 years once you reach the age of 67, you can see how this is possible.

A lot of people assume that Medicare will pay for long-term care if needed. In fact, this program will pay for convalescent care after an injury or illness, but it does not pay for the custodial care that nursing facilities provide.

If you are married, you can multiply these potential expenses by two, so the overall costs can be considerable.

Now that you understand why you should be aware the need for long term care insurance, we can take a deeper look at it. During the 1990s, there were over 100 different companies offering this type of coverage, but now there are only a handful of contenders in the marketplace.

Companies became disinterested in offering LTC insurance because of the ongoing costs, uncertainties and low interest rates. For the consumer, long-term care insurance is a mixed bag.

The cost of LTC insurance is based on five factors: age, marital status, gender, company policies, and the amount of coverage. Obviously, the older you are, the more expensive it will be, and the rates are higher for women because they have longer lifespans.

To give you an idea, the average annual rate for a $164,000 benefit pool (slightly more than two years of coverage) for a 55-year-old man in good health was just over $2000 in 2019. Unfortunately, the rate can go up at any point along the way and usually does in significant amounts, so you have no cost certainties.

Another feature that is not very appealing is the so-called “elimination period.” Depending on the terms of the policy, the benefits do not kick in until you have paid out of pocket for somewhere between 30 and 100 days.

In the final analysis, long-term care insurance is an uncertain gamble. One report indicated that over 80% of policies were cancelled or terminated before they were ever used.

RThe hypothetical 55-year-old man who is paying $2000 a year initially may never reside in a nursing home or use his LTC coverage. But let’s say he enters a nursing home after paying premiums for 25 years.  Let’s also say he has a 60 day elimination period, so he has to pick up the tab for the first two months.

Will he ever get his money’s worth before he passes away?

Instead of paying for long-term care insurance, you could work with an elder law attorney to develop a Medicaid planning strategy. Medicaid will pay for your stay in a nursing home, but you cannot qualify if you own significant assets.

Yet you may be able to qualify for Medicaid at the right time without sacrificing any comfort or security and we can show you how to do it.

We also have a contact form on this site you can use to send a message to either location. If you reach out in this manner, you can expect to receive a swift response.