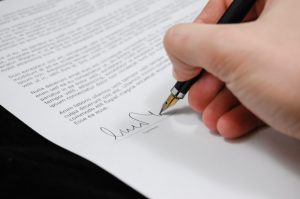 Zappos online shoe store seems like a fixture that has been around forever, but it actually became a reality due to an interesting twist of fate.

In 1999, a young entrepreneur named Nick Swinmurn was looking for capital to actualize his vision of an online shoe store that would dominate the marketplace. Though it is hard for younger people to understand, at that time, there was a lot of room in the online universe.

During those early days, investors had decided that footwear was not a good product to sell online. After all, people try shoes on to get a feel for the fit before they make purchases.

They also thought that consumers that may consider an online shoe purchase would ultimately decide against it because of shipping time and potential return costs.

Swinmurn adopted a different perspective. He did some research, and found that footwear was a $40 billion a year market in the United States. And five percent of those sales were generated through mail orders.

In fact, people were buying shoes without actually trying them on in person. Even a small percentage of this huge market would be significant. So, he placed a call to a business incubator/investment firm called Venture Frogs.

This investment firm was cofounded by Tony Hsieh, a then 26-year-old Harvard graduate. He had the capital to invest because he sold his first company, LinkExchange, to Microsoft for $265 million the year before he started Venture Frogs.

One day, Hsieh started listening to the voicemail that was left by Swinmurn. Just before he hung up, he heard the $40 billion figure mentioned, and he got interested. Ultimately, he decided to back the shoe store, and he signed on as the CEO.

They named the company Zappos as a play on the Spanish word for shoes. They offered free returns and made a fanatical commitment to exceptional customer service as ways to overcome resistance.

As they say, the rest is history. The company exploded in popularity over the next 10 years. After sales reached the $1 billion mark in 2008, Zappos was acquired by Amazon for $1.2 billion.

Hsieh retained his CEO position after the acquisition. He retired on August 24, 2020, after spending 21 years developing the company.

On November 18, less than three months after his retirement, Hsieh was visiting family members and friends in Connecticut. A fire broke out in the house that he was staying in, and he suffered from smoke inhalation and burns. He succumbed to the injuries nine days later.

Who Inherited His Fortune?

His net worth was $840 million according to Forbes and some other sources. He died without a will or a trust according to his family. As a result, the administration of his estate was subject to intestate succession laws.

Zappos was originally headquartered in San Francisco. Early on the company moved to Las Vegas, and this is the city that Hsieh called home. Since he was a Nevada resident, the laws of that state held sway.

The estate was not immediately settled because his associate and friend, Mimi Pham, sued the estate for millions of dollars. However, earlier this year, the parties reached a settlement, and the estate is now closed according to reports.

He had no children, and he was never married. As a result, his parents were in line to inherit everything under the intestacy succession laws of the state of Nevada.

Considering the extent of his resources, it is fair to assume that he may have spread the wealth around if he had an estate plan. This is probably why Pham was protesting. One may assume that she felt as though Hsieh would have taken care of her if he knew what was going to happen.

Plus, there is the matter of estate tax exposure. The federal estate tax is applicable on the portion of an estate that exceeds the exclusion, and the top rate is 40 percent. In 2020, the estate tax exclusion was $11.58 million, so that leaves almost $830 million exposed to taxation.

Intestacy Is Not an Option!

Even if you are not a multimillionaire like Tony Hsieh, you should definitely work with an Oklahoma City estate planning attorney to put a plan in place. If you are ready to get started, you can send us a message to request a consultation appointment, or we can be reached by phone at 405-843-6100.