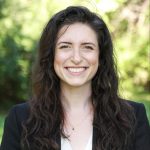 Susannah joined Parman & Easterday in the summer of 2020 as a legal assistant. ExperienceBefore joining our team, Susannah worked as Senior Proofreader for Hallmark Cards, Inc. Prior to Hallmark, she was an editor and proofreader for J.P. Morgan and H&R Block, and she worked as a freelance copywriter and copyeditor for small businesses. In the summer of 2020, Susannah launched her own art business, and is solely responsible for its website management, marketing, and social media … END_OF_DOCUMENT_TOKEN_TO_BE_REPLACED 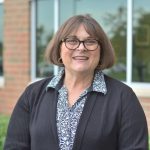 Pat joined the Parman & Easterday team in the summer of 2019 as our Client Relations Manager. Education As a Kansas City native, Pat graduated from the University of Central Missouri with a B.F.A. in Interior Design and Decoration. After working in the field of education, she returned to school and completed her teaching certification and received a Master of Science in Special Education with an emphasis in functional curriculum from the University of Kansas. Experience Pat has … END_OF_DOCUMENT_TOKEN_TO_BE_REPLACED 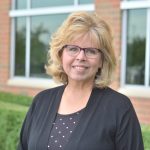 Teresa join our staff in spring of 2020 as a legal assistant. Experience Teresa's professional background has been in the field of education. She enjoyed a rewarding career as teacher and principal/administrator in private Christian schools for many years. She is listed in the 1996 of Who's Who Among America's Teachers. Education Teresa a graduate of Park Hill High School in Kansas City, Missouri. She earned her B.S. in education at Baptist Bible College in Springfield, Missouri, … END_OF_DOCUMENT_TOKEN_TO_BE_REPLACED 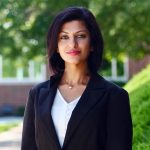 Samara Nazir joined Parman & Easterday in 2018.  She is licensed in both Missouri and Kansas, and her practice areas include estate planning and probate administration. Experience Samara is a member of the Missouri Bar, Association for Women Lawyers, and serves on the diversity committee for the Kansas Bar Association.  She was a contributing author for the Kansas Bar Association’s“Kansas Basic Will and Trust Drafting,” publication. She was named Kansas City Business … END_OF_DOCUMENT_TOKEN_TO_BE_REPLACED 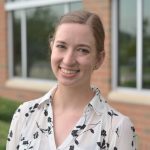 Sarah joined Parman & Easterday in 2019 and serves as our Community Relations Director. Experience Prior to Parman & Easterday, Sarah worked as Director of Community and Assistant to the Pastor at Bridge of Hope Community Church in Kansas City, Kansas. There she was primary responsible for establishing and maintaining relationships with other organizations and individuals to foster partnerships. She also organized events, developed programs, and trained volunteers. She is looking … END_OF_DOCUMENT_TOKEN_TO_BE_REPLACED 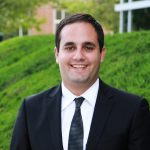 Joseph joined Parman & Easterday in 2017. He is serving the estate, business, and tax planning needs of clients in Kansas City. Joseph is dedicated to helping families establish estate plans tailored to the needs of each individual, helping people minimize taxes, avoid probate, and prepare for the possibility of future disability or incapacity. He also helps the entrepreneur start, maintain, and continue their business and prepare for the eventual transfer of that business - either through … END_OF_DOCUMENT_TOKEN_TO_BE_REPLACED

Before becoming an integral part of the Parman and Easterday team, Desiree stayed at home for several years to raise two daughters, and recently welcomed of her second grandchild in September, 2012. Desiree was born in Nurnburg, Germany, while her father served in the Army. The family eventually made its way to Missouri, as her father, who at the end of his military service became a pilot for TWA. A graduate of Lathrop High School, she obtained a Bachelor of Science in Business Administration … END_OF_DOCUMENT_TOKEN_TO_BE_REPLACED 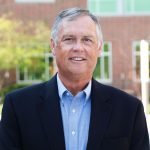 Jeffrey Easterday has been serving the estate and tax planning needs of clients in the Kansas City area for nearly two decades. In 1995, he affiliated his law practice with that of Parman & Associates, one of the Midwest’s leading estate planning law firms. His goal is to help the firm’s clients preserve their wealth by avoiding probate, minimizing taxes, and protecting them if they ever become incapacitated, thereby insuring they are never a burden to their families. In addition … END_OF_DOCUMENT_TOKEN_TO_BE_REPLACED