Most people associate Estate Planning with the elderly or very wealthy. This article explores situations in which Estate Planning for the young and healthy is advisable. 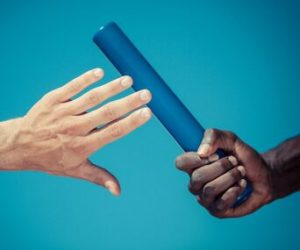 There’s an oft-cited, paraphrased quote attributed to George Bernard Shaw: “Youth is wasted on the young.” In many ways it’s true. When we are young, we rarely appreciate the beautiful gift of youth. We waste our talents and time on unworthy endeavors, at least most of us. There are a select few on whom youth is not wasted. Olympians belong in that select group. Olympic hopefuls devote hours upon hours to training, travel long distances to compete, and do it with injuries that would sideline the rest of us. In addition to the foregoing, Olympic hopefuls face other unique issues that mere mortals do not. Over the course of their athletic career, they will need a coach, manager, one or more doctors, and, perhaps, a public relations team. Olympians need to understand the myriad rules for their individual sport and must comply with the Olympic Charter and the rules of the International Federation governing their sport. Finally, those elite athletes medaling at the Olympic games will need a qualified tax professional to understand the rules regarding how the Internal Revenue Code (“Code”) views their winnings. These are heavy burdens for the young that disprove, or at least question, Shaw’s famous quote.

The International Olympic Committee awards the gold, silver, and bronze medals, but it does not distribute cash prizes to the winning athletes. The United States Olympic & Paralympic Committee (“USOPC”), along with similar committees in other nations, gives money to the medal-winning competitors. The USOPC awards a gold medalist $37,500, a silver medalist $22,500, and a bronze medalist $15,000. Athletes receive cash prizes on a per medal basis, thus an Olympian receiving three gold medals would take home $112,500 total cash along with three gold medals. Interestingly, the medals themselves have little monetary value. Perhaps unsurprisingly, for many years the Code included the value of any medal awarded together with any prize money as income under Code Section 74 for federal income tax purposes.

That changed after the Olympic Games in Rio de Janeiro in 2016 when the Obama Administration decided to reward the personal sacrifice involved in training and representing the United States on an international stage. As amended, Code Section 74 imposes a “victory tax” on any athlete earning more than $1 million in income after deductions at a top marginal rate of 37% but excludes from income the earnings and medal for athletes whose income is below that amount. Thus, more famous Olympians such as Roger Federer, Serena Williams, and Michael Phelps would be subject to the victory tax, while others, such as the relatively unknown pole vaulter, Katie Nageotte, may owe nothing on their Olympic winnings.

Generally, the host country has special tax treatment rules for non-resident athletes that do not require payment of taxes in that country; however, some countries impose other requirements, like “donating” a portion of the prize winnings to charity. Unfortunately for the athlete, donating Olympic prize money to a charity in that situation does not provide a tax benefit to the athlete because prizes and awards donated to charity are excluded from income only if “the recipient was selected without any action on his part to enter the contest or proceeding” pursuant to Code Section 74(b).

Notwithstanding that taxes may not be owed in the host country or the United States as long as the athlete’s income level does not exceed $1 million, Olympic athletes still need to determine if they owe taxes to their resident state or any other state in which they competed. Athletes should seek out a qualified professional to help them determine whether they can deduct any travel, training, or other expenses incurred on their way to Olympic glory. Once an athlete has achieved that elusive gold medal, the athlete will, no doubt, need more help to navigate endorsement deals and contracts that will likely result from their newly found success. It’s not often that young individuals in peak physical condition would think to seek out an Estate Planning advisor, but as the above demonstrates, it’s become a necessity. The attorney can advise the athlete regarding their winnings and help the athlete create a plan for those winnings and their other assets.

Frankly, it’s not just Olympic athletes that need to be thinking about Estate Planning. With the loosening of rules allowing college athletes to monetize their name, image, and likeness, they, too, need to consider Estate Planning. Those rules are new, complex, and likely will evolve quickly. This makes tax planning important for not just Olympic athletes, but college athletes, as well. It’s a good idea for anyone aged 18 to have at least the basic Estate Planning documents that include a Will, or Will substitute also known as a Revocable Trust, a Property Power of Attorney, a Health Care Power of Attorney, an Advance Health Care Directive / Living Will, and a HIPAA Authorization. These documents should clearly lay out who should make decisions if the young adult cannot and who should have access to their protected health information.

Although Olympic athletes may be unpaid athletes competing for the love of the sport, the recently relaxed rules regarding amateurism and sponsorships allow athletes to be compensated for their efforts and achievements. With these relaxed rules comes the opportunity for taxation and planning. Youth need not be wasted on the young, young adults should be encouraged to consider their own Estate Planning needs. From those elite athletes competing on an Olympic stage to a college freshman leaving the nest for the first time, these individuals should have a comprehensive Estate Plan. It’s never too early to start this process, and as the last two years have taught us, preparation is the key to avoiding crisis.

Courtesy of Parman and Easterday

Latest posts by Courtesy of Parman and Easterday (see all)