There is a great deal of legislation pending and much is uncertain. But this much is certain, the estate tax exclusion will go down by half beginning 2026 under current law. Now is the time to plan for your clients and yourself.

The estate tax exclusion is currently at an all-time high of $11.7 million. This consists of the permanent exclusion of $5 million, adjusted for inflation from the 2011 base year, and then doubled by the Tax Cuts and Jobs Act. However, the Tax Cuts and Jobs Act, which doubled the exclusion, only doubled it temporarily. The exclusion will revert to $5 million (adjusted for inflation) after 2025. So, it’s expected the exclusion on January 1, 2026 will be around $6 million. (In 2021, if you remove the doubling currently in effect, it would be $5.85 million.)

As we know, there are several proposals out there which would reduce the exclusion. The “For the 99.5% Act” would reduce it to $3.5 million, effective January 1, 2022. These proposals may not pass due to the razor-thin majorities in the House and Senate. But the exclusion will go down in 2026, even if no legislation passes. So, Estate Planning attorneys should be advising their clients of that certainty and helping them plan for ways to anticipate that.

If a client were to utilize their current exclusion of $11.7 million, there’d be no tax due even when the estate tax exclusion drops. In other words, there is no “clawback.” It would be best for the client to utilize the full exclusion. Let’s say the client only uses $6 million. Come 2026, they would have used all of their exclusion available at that time and they would have no exclusion remaining due to the prior gift. So, it’s really only to the extent they give in excess of $6 million that they’re capturing some of the historically high exclusion.

What assets are the best to gift? Those with an income tax basis near their current fair market value, but which are expected to increase in value. Why is that? If the client gifts loss assets, the loss could not be harvested by the donee typically. If the client gifts assets which have significant appreciation, they’d lose the step-up in basis at their death. Let’s say a client has $1 million of XYZ stock with a basis of $50,000. If they were to sell the XYZ stock today, they’d pay capital gains on $950,000, the difference between their basis in the XYZ stock and the sales price. If they gift the XYZ stock, it’d have a carryover basis in the hands of the donee. However, if they were to hold the asset until their death and it were included in their taxable estate, there’d be a step-up in basis to fair market value. In other words, the capital gains would be wiped out.

So, to the extent you can help clients gift cash or other assets with income tax basis near fair market value, that would be the best use of their exclusion. And, if the clients utilize their full $11.7 million exclusion, they would have captured the full doubled exclusion whereas if they only gift a lesser amount, they’d be leaving exclusion on the table. They really aren’t dipping into the doubled portion of the exclusion until and to the extent their usage of the exclusion exceeds what the exclusion will be in 2026.

So, help your clients plan now to capture the historically high exclusion. 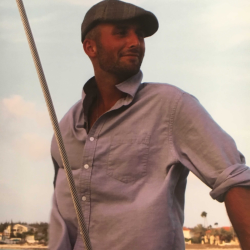