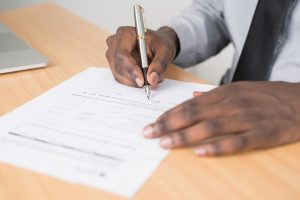 A lot of people think that they can take legal matters into their own hands. You simply download boilerplate documents off the internet, fill in the blanks, and legal counsel is simply not needed.

In reality, this is a major oversimplification. Yes, a layperson can execute a legally binding document. Doing so, however, may work against you if you are inexperienced.

A case unfolded in Pennsylvania last year that tells an instructive tale. Mercedes Goosley is a senior citizen. She created a power of attorney using a generic template she downloaded in 2013.

She thought that she was giving her son, Joseph, the power to act on her behalf as soon as she signed the form. Ms. Goosley got the document notarized, and Joseph started to handle her affairs.

Due to ill health, she moved in with Joseph in 2015. She spent the next two years living in his home, though she owned her own house. In 2017, upon her release from the hospital, Ms. Goosley entered a nursing home.

Joseph acted in his capacity as the agent under the power of attorney to put Mercedes’ home on the market. A potential buyer signed the contract to purchase the home. Unfortunately, the consummation of the transaction was put on hold when a lawsuit was filed by Joseph’s brother, William.

In this case, there was no declaration of incompetency obtained. As such, Williams contended that his brother did not have the legal right to sell the property.

This family feud could have been avoided if an attorney was involved in the original execution of the incapacity plan. It serves as a reminder about the negative consequences that can come about when laypeople try to create their own legal documents.

It is interesting to note that this situation underscores the findings of three legal professors that were engaged by Consumer Reports a while back. They were asked to examine wills that were created using tools that were obtained from three online purveyors of legal documents.

After reviewing the wills, they determined that mistakes may be made by inexperienced people that could yield unintended outcomes. This is exactly what happened in the Goosley case.

In addition to this possibility, there are other considerations. Most people think that they should use a will to express their final wishes, but is this really the best choice?

A will is admitted to probate after the passing of the testator. This is a legal process that takes place under the supervision of a court, and it is costly and time-consuming. When a living trust is used as an asset transfer vehicle, the court is not involved.

There are limitations when a will is utilized. The inheritors will receive lump sum distributions all at once, and there would be no asset protection or spendthrift safeguards. On the other hand, if you create a living trust, you have much more control.

Upon your passing, your trust becomes irrevocable. You can set up your trust so that assets are held for your heirs in asset protected trusts. The terms for distributions are set by you. You would instruct the trustee to distribute a certain amount each month for an extended period of time, or have the funds available for . This is one example, but the distribution terms would be entirely up to you.

A living trust is the device that is best for the widest range of people, but there are other types of trusts that can be used to achieve targeted objectives.

We are here to help if you are ready to work with an Oklahoma City estate planning lawyer to put a plan in place. You can send us a message to request a consultation appointment, and we can be reached by phone at 405-843-6100.