More and more families own property, assets, and businesses together. Using an entity to govern operations provides stability by allowing continued operation upon the death of an owner. When the governing agreement and estate planning documents of a deceased owner conflict, unintended, potentially litigious, results occur. 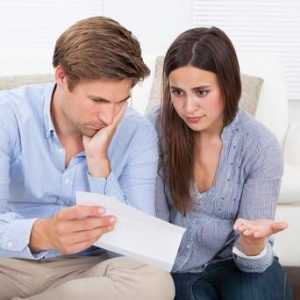 Estate Planning attorneys have long recommended the use of closely-held entities such as family limited partnerships (“FLPs”) and limited liability companies (“LLCs”) to provide flexibility in allocating rights to profits and capital, to shift income and property appreciation from one generation to the next, and to provide asset protection. Individuals transfer assets to the entity in exchange for membership or partnership interests, which provide management control and income distribution rights, but which may be subject to certain restrictions set forth in the governing documents. These restrictions limit new owners to a class of individuals, usually the descendants of the original members or partners, although sometimes a spouse may be included. Limitations like this insulate owners from liability, provide concentrated management in one individual, and allow the owners to carry out their business and tax objectives. The manager of an entity owes fiduciary duties to the other members which protects the business from claims of ex-spouses, creditors, outsiders, or even adversarial family members. Family entities can be used in conjunction with other estate planning techniques that leverage discounts for minority interests or freeze values by allowing appreciation to escape taxation at death.

Many states use partnerships as the default for two or more individuals in business together. Sometimes the partners have a formal agreement called a partnership agreement, and sometimes it’s just a handshake. LLCs and limited partnerships, on the other hand, require more formal intent. For example, with an LLC, the members file Articles of Organization to establish the LLC and use an operating agreement to govern the day-to-day operation. The operating agreement generally contains provisions regarding when distributions of profits will be made, who will manage the company, who can own an interest in the company and under what circumstances, the duration of the entity, and what happens upon dissolution. Often, the operating agreement will include provisions that dictate what happens upon the death of an owner. These provisions may override the provisions of an individual member’s estate planning documents, although they should work in conjunction with one another. Questions can arise though when the provisions of estate planning documents conflict with provisions in the entity agreements. Let’s review an example based on facts from a real case.

Assume that Shirley and Warren created an LLC for their family business. The operating agreement (“Agreement”) gave each sibling a 50% membership interest (“Interest”) in the company which consisted of the right to distributions, allocations, information, and the right to vote on matters before the Members. Shirley and Warren included language in the Agreement that a member could transfer all or any portion of his or her Interest by obtaining the prior written consent of all the other Members unless certain limited exceptions applied. The exceptions included a transfer of Interest outright or in trust for the benefit of another Member and/or any person or persons who are members of the “Immediate Family.” The Agreement defined Immediate Family as living children and the issue of any deceased child of a Member. If the Member failed to transfer the Interest during life in accordance with the provisions of the Agreement and failed to dispose of the Interest through the Will, then the Agreement provided that upon the death of such Member, the Interest would pass to and immediately vest in the Immediate Family of the deceased Member. Shirley and Warren ran the business together for two years until Warren’s untimely death. Warren left behind four adult children, and his estranged wife, Annette.

Upon Warren’s death, his Will was admitted to probate and Letters of Administration were issued to his son, Benjamin. The Will did not dispose of Warren’s LLC interest but instead directed that his assets be poured over to his trust which distributed everything equally to his four adult children and named Benjamin as successor Trustee. Shortly before his death, however, Warren amended his trust to include a distribution of his home to his friend, Faye. The amendment also gave Faye his Interest. Benjamin, as Personal Representative and Trustee, refused to transfer the Interest to Faye citing the provisions of the Operating Agreement. Faye sued Benjamin and won in the trial court but lost when Benjamin appealed.

The appeals court focused first on determining whether it was the terms of Warren’s estate planning documents or the terms of the Agreement that would control the disposition of his Interest. That court determined that the laws of the state where the contract was made permitted the Agreement to dictate how the Interest would pass at death. As such, the Agreement vested title to Warren’s Interest in his adult children immediately upon his death thereby overriding the provisions of his estate planning documents and his true intent.

The example above greatly oversimplifies the case; however, it provides universal lessons. First, if you have an interest in a family entity, ensure that you transfer that interest in accordance with the terms of the governing instrument. In the facts above, Warren needed to obtain Shirley’s consent to transfer his Interest to Faye. Second, make sure that your estate plan works with the governing instrument for your entity. Here, Warren would have needed to transfer his Interest to Faye during life and obtain Shirley’s consent in accordance with the terms of the Agreement, rather than relying upon his estate planning documents at his death. Finally, if you are unaware of any governing instrument, understand the impact of local law on your interest in the entity and your overall estate plan. The opinion for the case did not indicate whether Warren’s estate planning attorney reviewed the Agreement, but it’s best to start with a review of the entity documents when dealing with any closely-held entity. Remember that even if you set up the business without the services of an attorney, the business is a legal entity, as is the transfer of your interest in it.

Family entities serve a vital role in accomplishing numerous estate planning goals like asset protection, shifting appreciation and income to the next generation, centralized management, stability, and continuation of business upon death. Family entities also provide the opportunity to leverage the benefits of other techniques to achieve more significant results during life by excluding assets from the gross estate and increasing valuation discounts. To achieve these benefits, it’s vital to operate the entity in accordance with its governing documents. If you have a business, now is a great time to talk to an Estate Planning attorney to ensure that your estate plan and business plan work together to accomplish your goals and to explore any options that you have.

Courtesy of Parman and Easterday

Latest posts by Courtesy of Parman and Easterday (see all)